What’s the difference between Laser Radar and LIDAR technology?

What’s the difference between Laser Radar and LIDAR technology?

A question frequently asked by our clients is, “What’s the difference between Laser-Radar and LIDAR technology?” It’s a question without a simple answer.

Confusion between the two is understandable. Their names are nearly synonymous and the terms are often used interchangeably. The acronyms are RADAR, which stands for RAdio Detection And Ranging; and LIDAR which stands for LIght Detection And Ranging. The major difference being the wavelength of the signal and the divergence of the signal beam.  LIDAR is typically a collimated light beam with minimal divergence over long distances from the transmitter; where RADAR is a cone shaped signal fanning out from the source. Both calculate distance by comparing the time it takes for the outgoing wave or pulse to return to the source. LIDAR uses lightwave frequencies which have a shorter wavelength enhancing the capability of collecting data with high precision.  RADAR uses longer microwave frequencies which have lower resolution but the ability to collect signals with reduced impact from environmental obstructions.  RADAR and LIDAR signals both travel at the speed of light.

LIDAR is used as a generic term for most light based metrology technologies. Typical devices use laser beams, structured light mesh, even pulsed white light, based upon the system’s design and application. All are used in radar-like fashion to measure the position of target points.  They typically measure in three dimensions by monitoring a vertical angle, a horizontal angle, and the distance or range, from the intersection of the vertical and horizontal axes. Similar to RADAR, some LIDAR systems measure in only two dimensions by monitoring a single angle and the range.

Knowing the similarities between RADAR and LIDAR lets now take a look at LIDAR versus Laser-Radar.  By definition, LIDAR and Laser-Radar refer to the same principle methodologies of measuring an objects position.  In the recent past, the term Laser-Radar was adopted to define measurement systems designed to collect data with extremely high precision.  This is done by using a narrowly focused light source of a specific wavelength or a combination of wavelengths.  The low divergent beam is capable of focusing on small details with high return resolution.

Figure 1 shows a MV351, a “Laser-Radar” system manufactured by Nikon Metrology, in which the laser beam is steered by rotating around horizontal and vertical axes.  This unit sends a distinct, focused laser pulse to an object and reads the return signal as described above. Unlike laser tracking and other surveying instruments, it does not need to use a retroreflector. Its signal is the reflected light from the actual objects surface.  It is engineered to provide precise, industrial measurements with tolerances of thousandths or even tenths of thousandths of an inch. The units have an effective range of measurement up to 150 feet in radius, although in practical use the range is usually shorter.  Rather than taking large sweeps of an object, the Lasar Radar system shown in Figure 2, takes smaller scans of area where high accuracy and detail is the priority. Because of this, speed of data collection is sacrificed for resolution in comparison to LIDAR systems.

The photo in Figure 3 is a FARO FocusS Plus Laser Scanner, a phase based long-range laser scanner or “LIDAR” system. This is a typical 3D scanning unit used for large scale data collecting at high speed. The laser emitter is fixed horizontally within the left half of the case and is pointed at the center of a rotating angled mirror that pulses a continuous series of laser beams into a plane perpendicular to the common axis of the laser and mirror. The entire case rotates on the base as shown in Figure 4 to provide measurements within a 360 degree horizontal arc. The resulting pattern of laser data produces what is referred to as a point cloud, a series of data points with x,y,z information, creating a digital 3d environment of any object or landscape which is scanned. The LIDAR system is capable of collecting large amounts of data in a very short amount of time.

These two devices illustrate a key difference between LIDAR and Laser-Radar: a LIDAR system is usually constantly in motion while gathering measurements. LIDAR continuously sweeps a laser beam over a large area to gather millions of points while the head is moving at a rapid speed. Laser-Radar, like the Nikon unit, is more of a point, stabilize, and measure device. It can be used to scan an area, but the points are carefully chosen, acquired more slowly and more accurately.

The cardinal distinction in these two systems is mostly acknowledged through applications. The term LIDAR is used frequently in surveying and mapping. Attach a laser scanning LIDAR system to an aircraft or automobile, combine it with GPS or another orientation system, and you can map out large swathes of terrain or roadside. Other LIDAR examples are drone-mounted scanners or self-driving car guidance systems. The required accuracy for this kind of work can range from a tenth of an inch to a foot; ranges can be thousands of feet provided there is line-of-sight to the target. Portable ‘long-range’ 3D laser scanners that measure rooms, buildings, aircraft, ships, or similarly sized objects to accuracies of 0.030 - 0.120” are also in the LIDAR category.  This is the kind of LIDAR technology that is often used in construction or engineering.

Laser-Radar systems have found their value in measuring finely detailed objects. Their tightly focused beam is capable of collecting precise data points with high levels of resolution on a specific detail of an object.  By minimizing the contact area, these systems will reduce the chance of corners and edges adversely affecting the return signal, resulting in precise dimensional data. Reaching targets that are difficult to access with hand-held scanning devices has proven to be the most useful application of the these systems.  With accuracies in the realm of portable coordinate measuring machine (PCMM) devices the Laser-Radar data is perfect for reverse engineering, inspection, and part to CAD comparison.  Small details such as hole locations and diameters are easier to obtain with the more precise focused beam of Laser Radar units.  These systems have found a niche in the aerospace and automotive industry where precision data is easily obtained with minimal intrusion.

East Coast Metrology (ECM) has over twenty years of experience in using various laser systems, providing both service and training to many clients. We have found that it is important to have a trained and certified technician operating any laser based unit. A specific level of precision is engineered into all laser equipment, but the accuracy of the data derived from those systems is dependent upon its correct use and interpretation by a trained professional.  Whether its LIDAR or Laser-Radar, the objective is to use a device and operator that provides the level of accuracy required for your application. 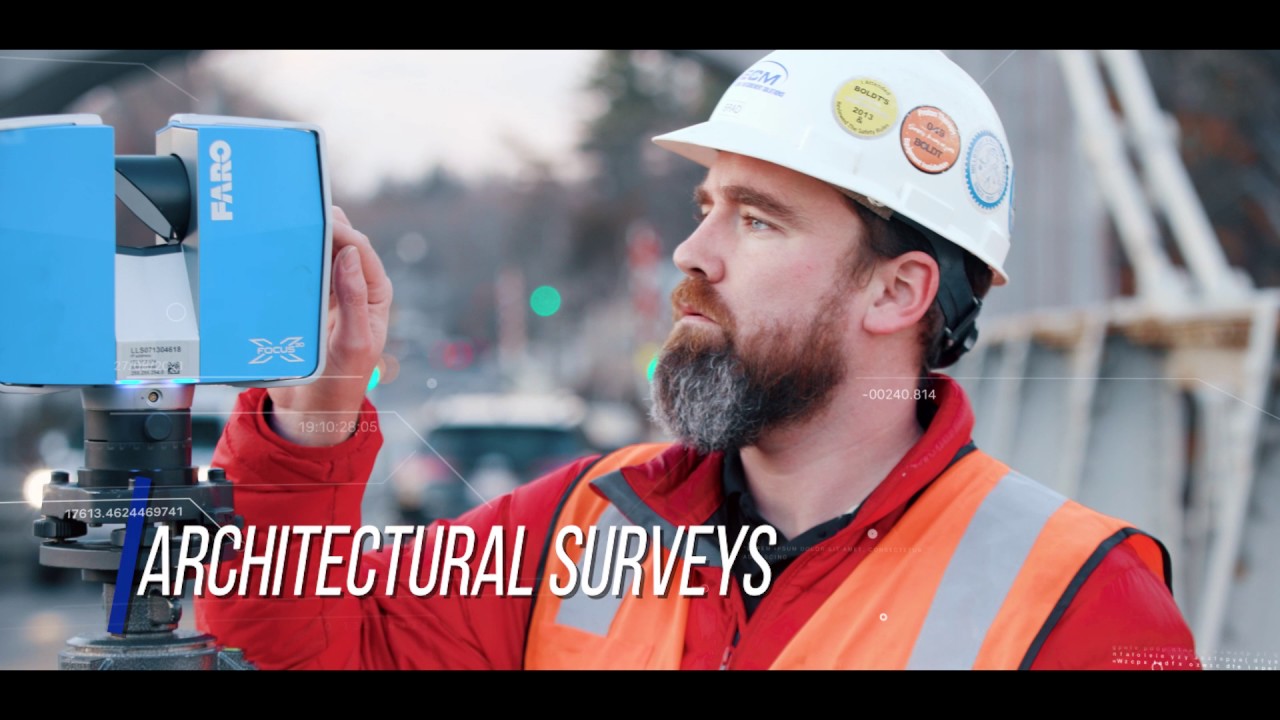